“Resolved: That the members of this Council have listened with great satisfaction to what it has pleased the King to make known to them in regard to the exercise of His Prerogative in the appointment of Her Royal Highness The Princess Victoria Kamāmalu as Kuhina Nui, an office which belongs to Her Royal Highness, as a right descending from Ka‘ahumanu I, Ka‘ahumanu II & Kekāuluohi.” 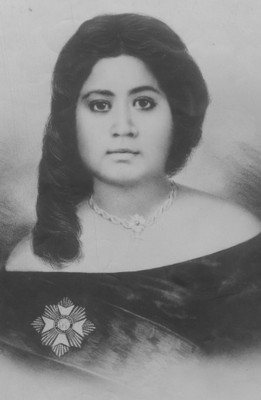 Only 17 years old, Victoria Kamāmalu was appointed Kuhina Nui by her brother Kamehameha IV soon after he ascended the throne in December 1854.  As the daughter of Kīna‘u, the second Kuhina Nui, and as the highest ranking female chief of the day, it had long been her destiny to assume the responsibilities of the office.  Since 1845, by legislative act, the office of Kuhina Nui had been joined with that of the Minister of Interior.  Given her young age, it would have been clear to the King, Privy Council, and Legislative Council that Victoria was not suited to be Minister of Interior.  Therefore, on January 6, 1855, an act was passed to repeal the earlier legislation. She received her appointment ten days later.  [An Act to separate the office of Kuhina Nui from that of Minister of Interior Affairs, Approved Jan. 6, 1855, Session of 1854]

As Kuhina Nui, Victoria Kamāmalu presided over the King’s Privy Council.  Perhaps her most important contribution as Kuhina Nui was to proclaim her brother Lot Kamehameha the rightful successor to Kamehameha IV when the latter died unexpectedly in 1863.  As Kamehameha IV had not named an heir, and his young son predeceased him, without her action, Lot’s ascent to the throne may have been in jeopardy.